You are here: Home / Meet Our Teaching Staff 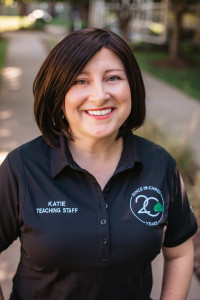 Katie Stephens Spangler began dancing in Milwaukee in 1987 with the Trinity Academy of Irish Dance. She performed and competed all over the world for 11 years with Trinity and also assisted with teaching classes. She had the opportunity to perform in places like Belgium, Nashville and New York, and she finished her competitive career at the Championship level in 1998. Katie moved to St. Paul that year, and continued to perform for the next several years.

Katie taught for four years with the St. Paul Irish Dancers while attending the University of St. Thomas. She graduated from UST in May of 2002 with a Bachelor of Arts degree and went on to open Rince na Chroi in February of 2003. Under Katie’s direction over the last two decades, Rince na Chroi has grown tremendously.

In addition to managing the curriculum and progress of all of Rince na Chroi’s students, Katie manages the teaching staff and oversees all communications, bookings and enrollment.

The St. Paul St. Pat’s Association named Katie their “Distinguished Irish Woman” of the year in 2022. 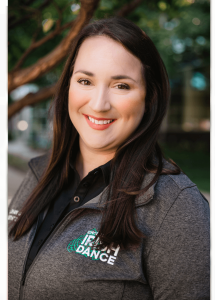 Siobhan George has been dancing since age 4, starting off with the Trinity Academy of Irish Dance and then receiving most of her training from Anam Mor. She has had the opportunity to compete and perform all over the world. She has been with Rince na Chroi since 2010, and she manages all choreography. Siobhan is a Realtor with Edina Realty at 50th and France. She lives in Minneapolis with her husband Derwin, their son DJ and their dog Lola. 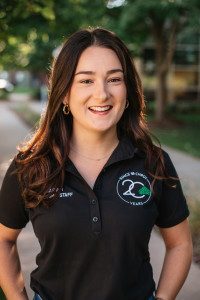 Sarah Becker has been with Rince na Chroi since the fall of 2008. In addition to her duties on the teaching staff, Sarah does a lot of social media and marketing work for Rince na Chroi. She graduated from the University of St. Thomas in May of 2020 with a Bachelor of Arts degree in Communication & Journalism. After graduating, Sarah began her career in Experiential Marketing and is now an Account Manager at CLAMOR Experiential. In her free time, Sarah enjoys trying new restaurants around the Twin Cities and spending time with family and friends. 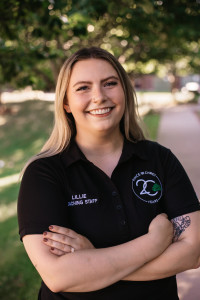 Lillie McAdams danced with Rince na Chroi from 2004-2020. In addition to her role as Senior Instructor, Lillie is our Dance Camp Coordinator. Lillie graduated from St. Catherine University in 2019 in Secondary Education and is a teacher at Tartan High School. She lives in Minneapolis with her fiancée Matt, their dog Raven and their cat Peaches. 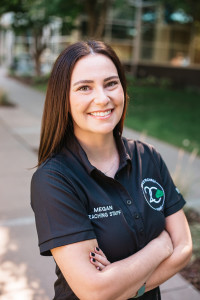 Megan Considine started dancing in 2002 and spent most of her dance career with Rince na Chroi. She graduated from the University of Minnesota in 2019 with a degree in political science. Megan currently works for the Department of Veterans Affairs as a congressional liaison. She is also a member of the St. Patrick’s Association. 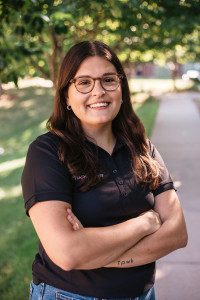 Maddie Espy started dancing in 2005 and spent her entire dance career at Rince na Chroi. Maddie graduated from the University of Minnesota in 2019 in Speech-Language and Hearing Sciences. She currently works for Girl Scouts of Minnesota and Wisconsin River Valleys. 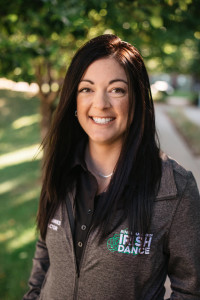 Steph Hawks started dancing at the age of 4 and later joined Rince na Chroi when its doors opened in 2003. She performed with many talented musicians over the years. Steph graduated from Dunwoody College of Technology in 2012 with a degree in Radiology. She currently works at Park Nicollet as a Radiologist Technologist. Steph lives in Zimmerman with her husband Brady and their daughters, Bailey and Shelby. 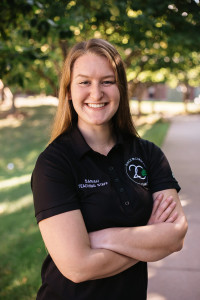 Sarah Huffer danced with the Heritage Academy of Irish Dance in Green Bay, WI from 2007 to 2017. While attending school in the Twin Cities, she joined Rince na Chroi in 2019 to rekindle her love for dancing. Sarah graduated from the University of Minnesota in May of 2021 with her Bachelor’s Degree in Mathematics (Actuarial Science) and a Statistics Minor. She currently is working as an Actuarial Analyst with Guy Carpenter in Edina. 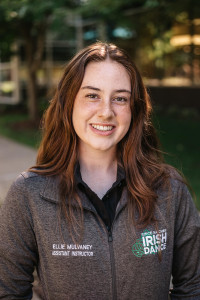 Ellie Mulvaney has danced with Rince na Chroi for 7 of her 11 years as an Irish dancer. She is currently a senior at Highland Park High School.  Ellie resides in St. Paul. 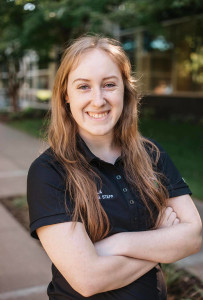 Lola Quinn has been dancing with Rince na Chroi since 2010. She is a senior at Highland Park Senior High School.  Lola resides in St. Paul. 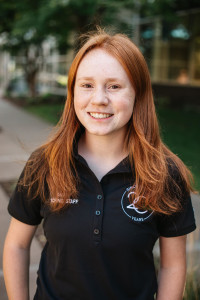 Ava Scanlon has danced for 10 years with Rince na Chroi.  She is a senior at Two Rivers High School.  Ava resides in St. Paul. 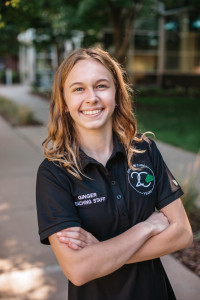 Ginger Anderson has been dancing with Rince na Chroi for 10 years. She is currently a student at Roseville Area High School.

Ginger is also studying Irish flute at the Center for Irish music. 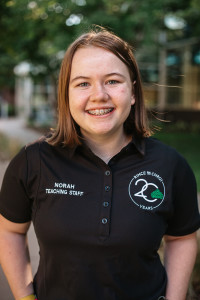 Norah Smith has been dancing for 10 years, including 9 years at Rince na Chroi. She attends Roseville Area High School.